Snoqualmie Falls is one of Washington state's most popular scenic attractions. More than 1.5 million visitors come to the Falls every year. At the falls, you will find a two-acre park, gift shop, observation deck, the Salish Lodge and the famous 270 foot waterfall.

White settlers began to arrive in the valley by the early 1850s. Long before, the falls became a tourist destination; pioneer women would edge as close to the falls as they could while friends held on to their dresses to keep them from falling. Jeremiah Borst was the first permanent white settler in the Snoqualmie Valley and is known to some as "the father of the Snoqualmie Valley."

Josiah Merrit ("Uncle Si") built a cabin at the base of a local peak in 1862 (the peak became known as Uncle Si's mountain — now Mount Si). He raised vegetables and hogs and kept an orchard. According to local historians, he was a rugged man who sometimes hauled bacon to the large settlements.

To do so necessitated hauling the load on a sled to the river, canoeing downstream, strapping the load to his back and climbing down the 268-foot falls, hiking several miles, and then canoeing the rest of the way to Everett or Seattle.

By 1877, there were several logging operations in the region. In early days, logs were floated over the falls and down the river to Everett and Puget Sound. By 1889, entrepreneurs funded and built a railroad (the Seattle, Lake Shore and Eastern) into the valley, opening up timber resources to the world market.

In 1889, the town of Snoqualmie was platted by Charles Baker, a civil engineer. He also constructed an underground power plant at the falls in the 1890s (those original generators are still functioning today). The power plant resulted in electricity and jobs for locals, and soon a small company town was established at the falls. In 1911, a second powerhouse was constructed.

Such large waterfalls often attract daredevils. When that first passenger train arrived in 1889, it was a big event — more than 1,000 people turned up for food, celebration and entertainment. A Mr. Blondin successfully walked a tightrope over the falls.

Well I'm from Arizona and seeing this beauty was amazing.

Was staying in Bellevue and I was surprised how this place is only a 30-45 min drive from there. Any nice scenery places in AZ is about 2 hour drive. The drive to here is super nice in the summer. All the trees are green and we went on a Monday around 2pm and there was barely any traffic. Got to the place and they had parking on both sides of the street. Parking is free (I think). I heard this place has so tough parking but I guess since it was a Monday we didn't struggle. They had a built walking paths and a bridge connecting to the parking lot for the higher view point of the waterfall.

They also had a small gift shop, hotel lodge, and public bathrooms right next to the waterfall viewing area. I asked the waitress at the lodge where the lower view point was at and she didn't know and said it was a hike. I didn't believe her because I saw pictures that it didn't look like a hiking trail. So I just looked online and followed the directions. They have labels on the side of the road to the lower point (definitely need to drive).

I honestly like the lower view point of the waterfall because it was less people. The scenery was beautiful and the waterfall was huge! A little bit of a walk on bridges to get to there but it's not bad. Over all beautiful sight. And if I was a little more adventurous I would hike off trail to take pictures for the gram lol!

And you only have to walk 30 yards from the parking lot to see it. Great view from up top! Parking can be a little crazy during the busy times- weekends and holidays. There are restrooms and lodges up at the top.

You can hike down to get another view of the falls but there is often a line and you really don't get that close to the falls. You can hang out around the river though and that is very pretty! Worth the hike down if you're looking for more. Parking available down there but very limited. The hike up and down is very steep but not too far. It feels like it is though because it's difficult. 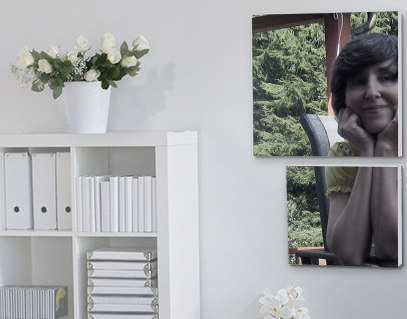