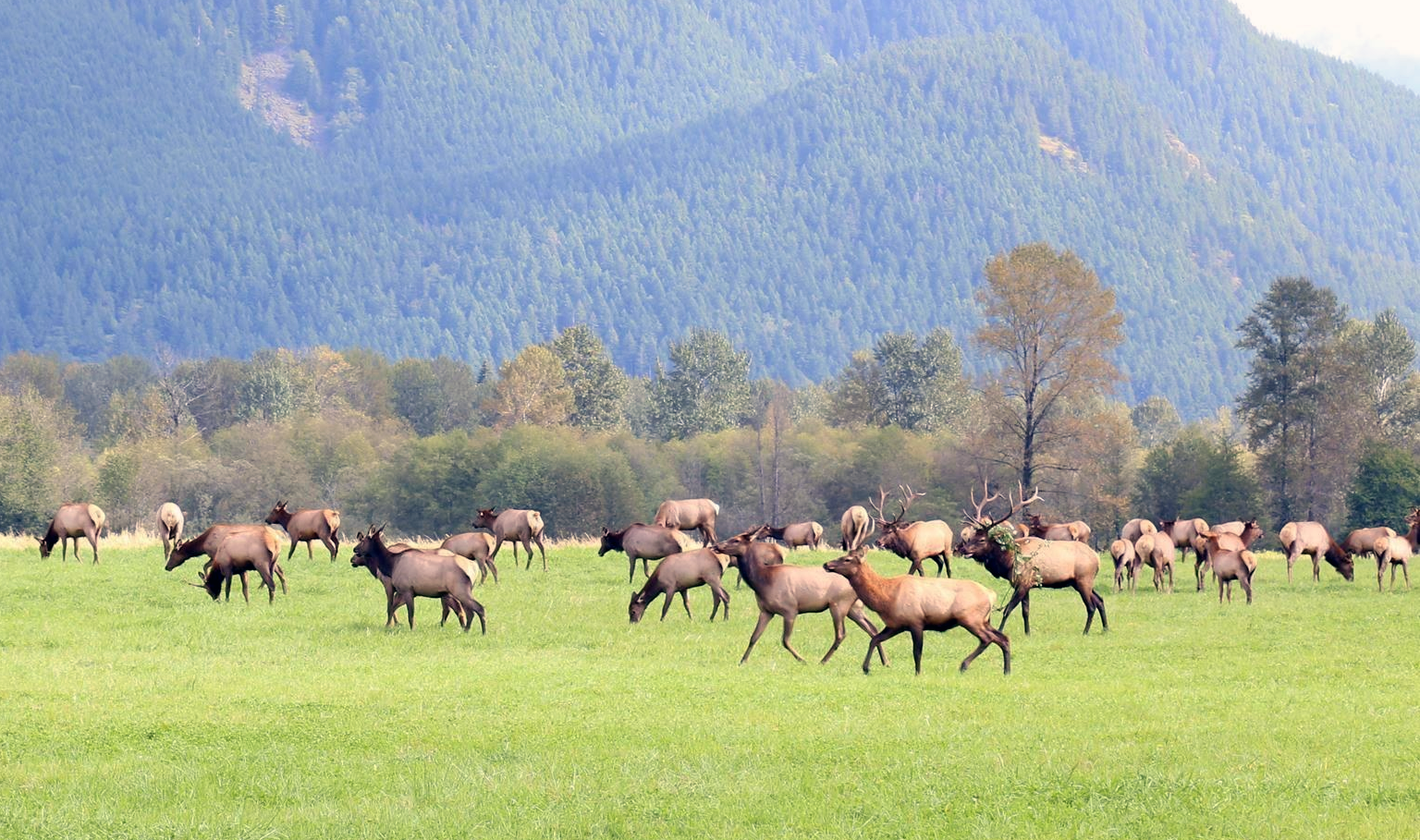 Bring a camera! You can watch the upper Snoqualmie Valley’s wild elk enjoy the open fields of Meadowbrook Farm Park from your car, or a paved, ADA accessible walking trail! This historic public open space is at the center of the 500-member elk herd’s home range and offer multiply waling trails and car pull-outs for wildlife viewing.

While the elk may shelter in the trees during heavy rains, mornings and late afternoon or evenings are the best times to lookfor them, especially during summer and fall. Don’s see an elk right away? Drive slowly around the perimeter of the Parkk – the elk may be in nearby field. Walk quietly into one of the hidden fields. Visit the Snoqualmie Falls, sample the Valley’s dining, brewries and shops, and look again for elk a bit later. Enjoy your visit to this unique public park! 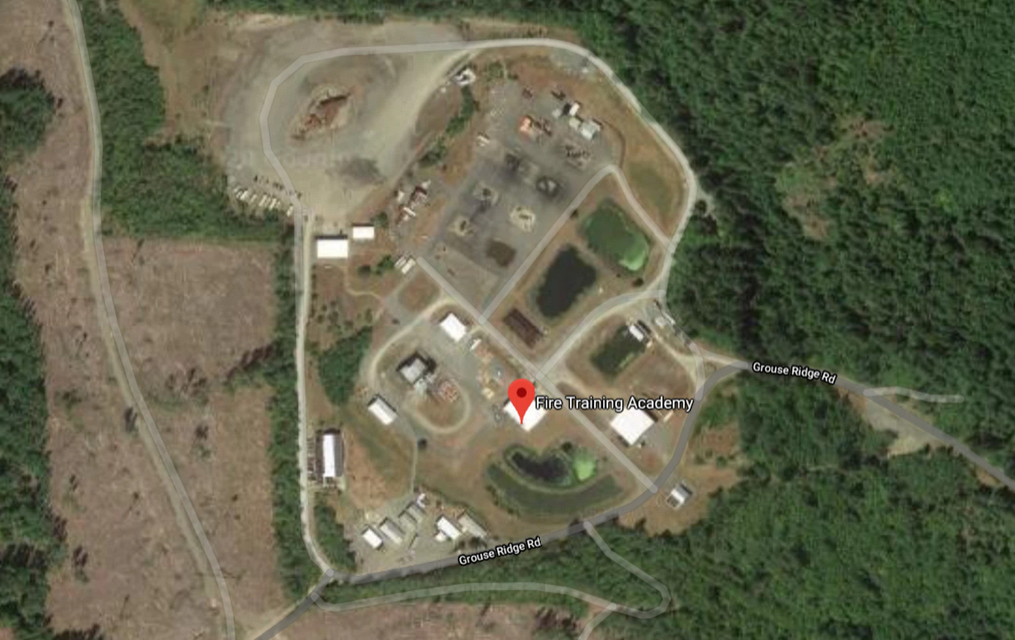 Starting Thursday February 6, Washington state will have a set location to handle travelers who have been placed under quarantine and can’t quarantine themselves at home.

The state Department of Health coordinated with the U.S. Centers for Disease Control and Prevention to use Washington State Patrol’s fire training academy off I-90 in North Bend.

Sea-Tac Airport passengers who spent time in the Hubei province in China where the outbreak started will be placed under quarantine at the facility.

People who are quarantined likely would only be there a few days before being cleared. The volume of travelers from that region of China will be very low, officials said, so it’s possible this facility in North Bend won’t be used at all.

This publicly-owned facility in King County has individual bedrooms with private bathrooms.

More than 500 people have died of novel coronavirus, the vast majority of them in China. The risk for people in the United States is still low.

There will no longer be a federal coronavirus (COVID-19) quarantine site near North Bend, according to the Washington State Patrol.

The Washington State Patrol Fire Training Academy was taken off the list of quarantine sites Feb. 13, according to state patrol.

The Washington State Department of Health confirmed the facility was removed from the list of potential sites.

A quarantine site in Shoreline on the Fircrest campus remains on the list. The Department of Health previously said it would put up to five RVs on the unused campus space of Fircrest School, which serves people with developmental disabilities. Officials said the quarantine location is more than 200 yards away from the nearest Fircrest building and this poses zero health risks to others.

Quarantine sites began opening in the U.S. to prevent the spread of the coronavirus, officially known as COVID-19. The viral outbreak that originated in Wuhan, China has infected more than 69,000 people globally, killing more than 1,600, as of Feb. 20. 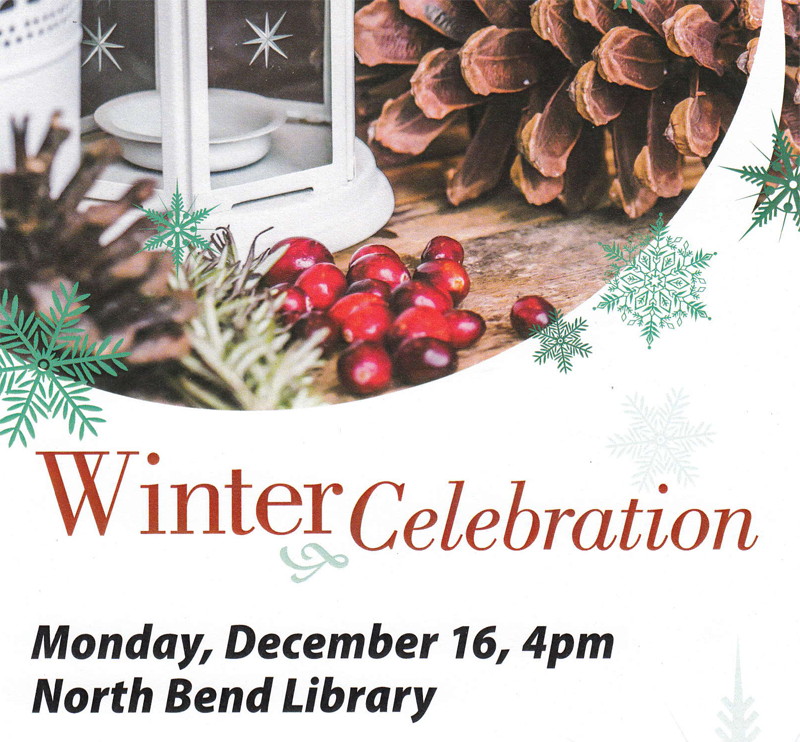 The colder weather is here so come decorate cookies, drink some warm cider, and enjoy the Mt. Si High School choir singing all of our winter favorites! Everyone is welcome!

Sponsored by the Friends of the North Bend Library 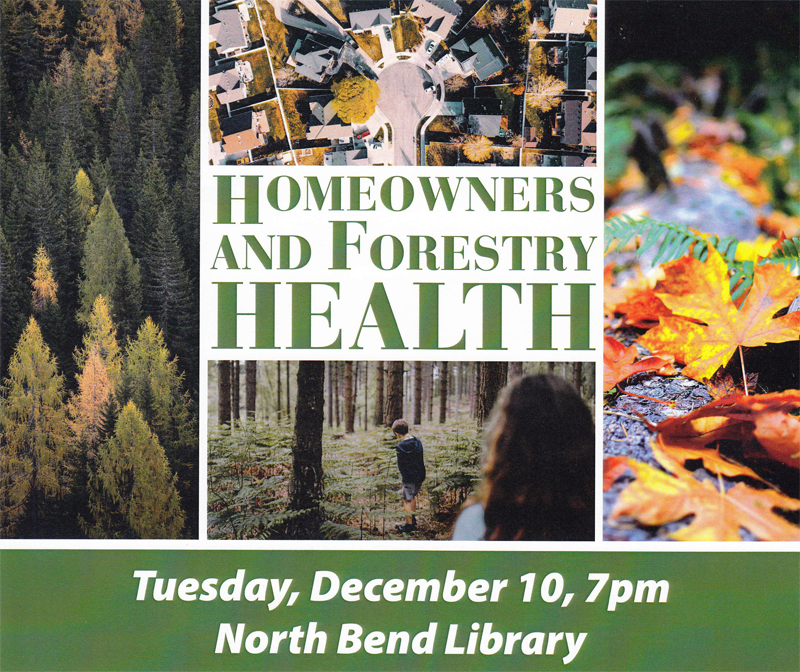 Dead and dying trees have proliferated throughout the area, especially with cedars, hemlocks, and maples. Wildfire and smoke are growing concerns. Could what happened in California happen in King County? Join local forest experts from WSU and KCD for a free seminar to learn about what’s happening, why it’s happening, what it means for your property, and what you should and should not be doing. 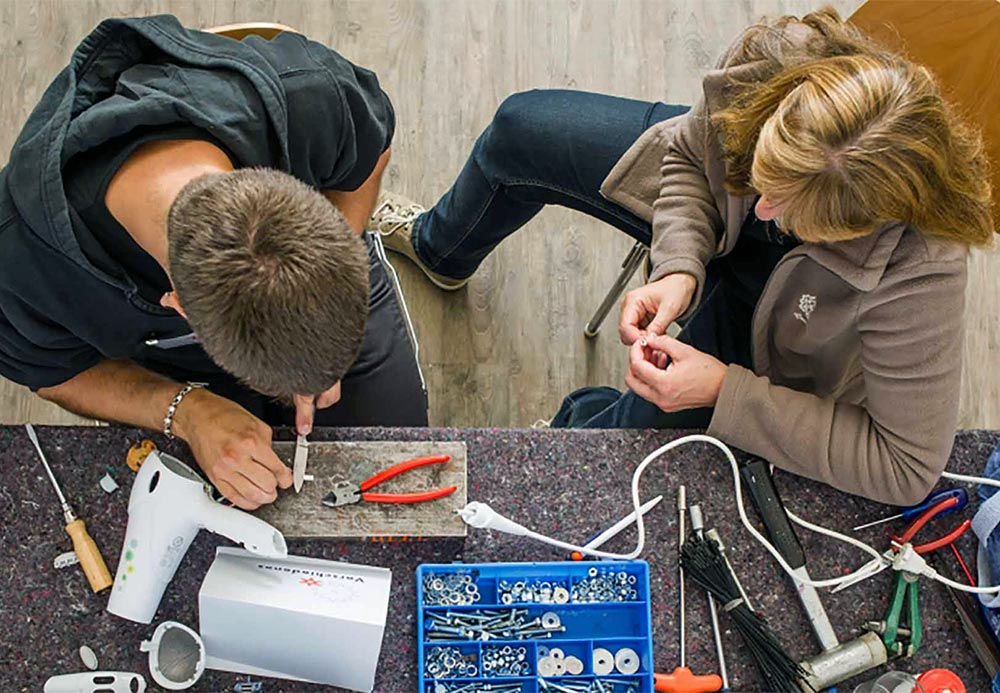 Bring your small household items including clothing and we’ll work on them! We want to keep stuff out of the landfill, conserve resources and save you money. Free to the public!

You must be present during the repair. Our experienced general “fixers” and sewing fixers will try to repair or mend your items, and can often also give you useful advice. There are no guarantees an item can be fixed, or that attempting to fix it won’t break it even more.

Please only bring items small enough to be easily carried in by one person. Do not bring any items that are leaking, dangerous, contain gasoline, or have a strong odor. Clothing and other textiles you bring in for mending should be washed first.

All King County repair events are first-come, first-served, with no appointments or set times. But please contact us in advance if possible to let us know what you plan to bring, so our fixers can be prepared. For specialized repairs (which many are), please bring any specific parts or materials needed for your repair.

To ask about your repair, or if you have questions about this event or any King County repair events, contact Tom Watson by e-mail or at 206-477-4481. You can also post a comment or question on the Facebook event page external link for this North Bend Library repair event. Thanks! 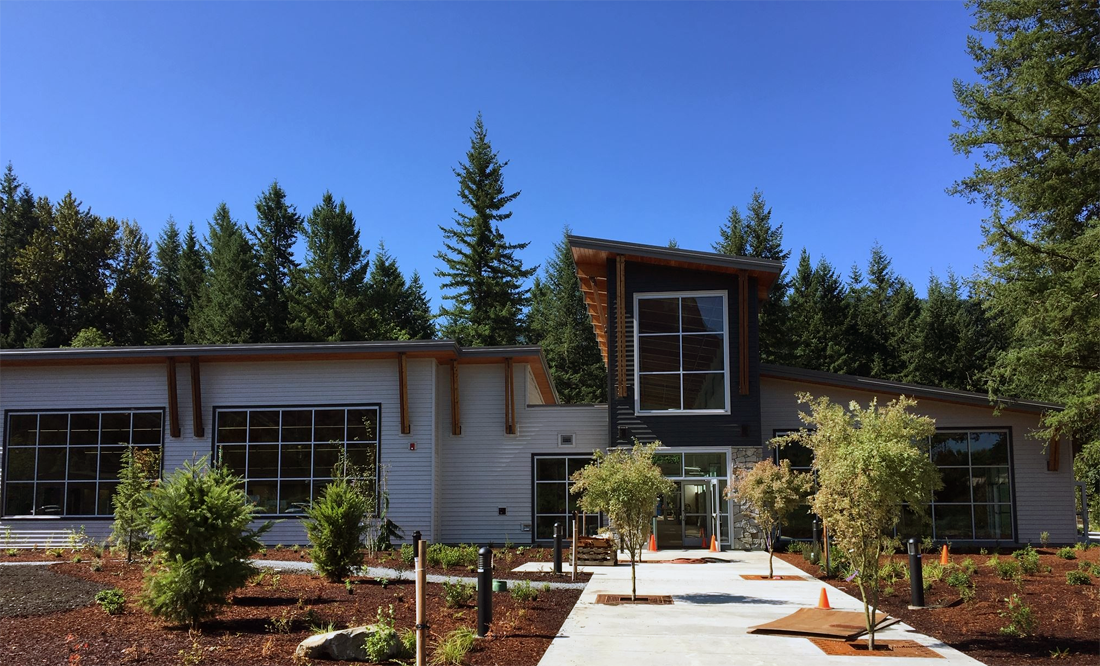 The public is invited to our City Hall ribbon cutting ceremony, which includes the ribbon cutting at 5 p.m., followed by live music and tours of the interior.Date: September 5th, 2019, Time: Starting at 4:30 p.m.

Local restaurants are coming together to show their support for a new Encompass pediatric therapy and early learning center in Snoqualmie, and you can, too.

Dine out at a participating Snoqualmie Valley restaurant on September 15th and 20% of your bill will go to the new Encompass facility, slated to be constructed at SE 384th Ave and Kimball Creek Drive on the site of the old Honey Farm Inn. 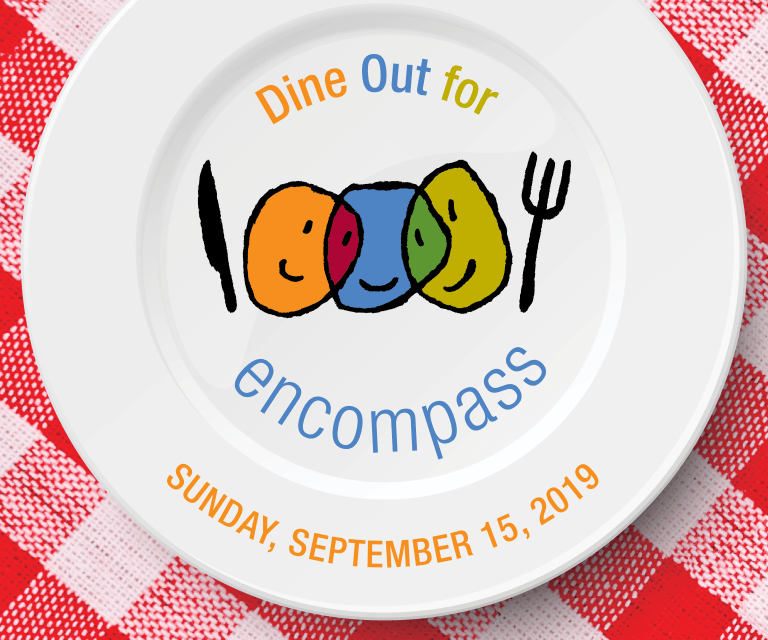 Since 1966, Encompass has given thousands of children in our community the foundation they need to get the right start—and thrive for a lifetime. Last year alone they served 1,600 children and families by providing early learning, pediatric therapy, and family enrichment for children of all abilities in the Snoqualmie Valley, Issaquah, and Eastside communities.

Encompass has a vision for a brand new, state-of-the-art facility in Snoqualmie.

In late 2017, Encompass purchased what is known as the “Honey Farm property” at 2050 384th Ave SE in Snoqualmie. This is the perfect site for a new Encompass building: accessible, inviting, and rooted in the natural beauty of the Snoqualmie Valley.

Encompass Snoqualmie will be so much more than a building — it will bring a child-centered space to life that reflects the quality of Encompass’s programming, opens up a range of new possibilities for children and their families, and allows to respond to future needs as our community grows. The building will be environmentally aware and will connect indoor and outdoor spaces to stimulate learning, healing, and growth. 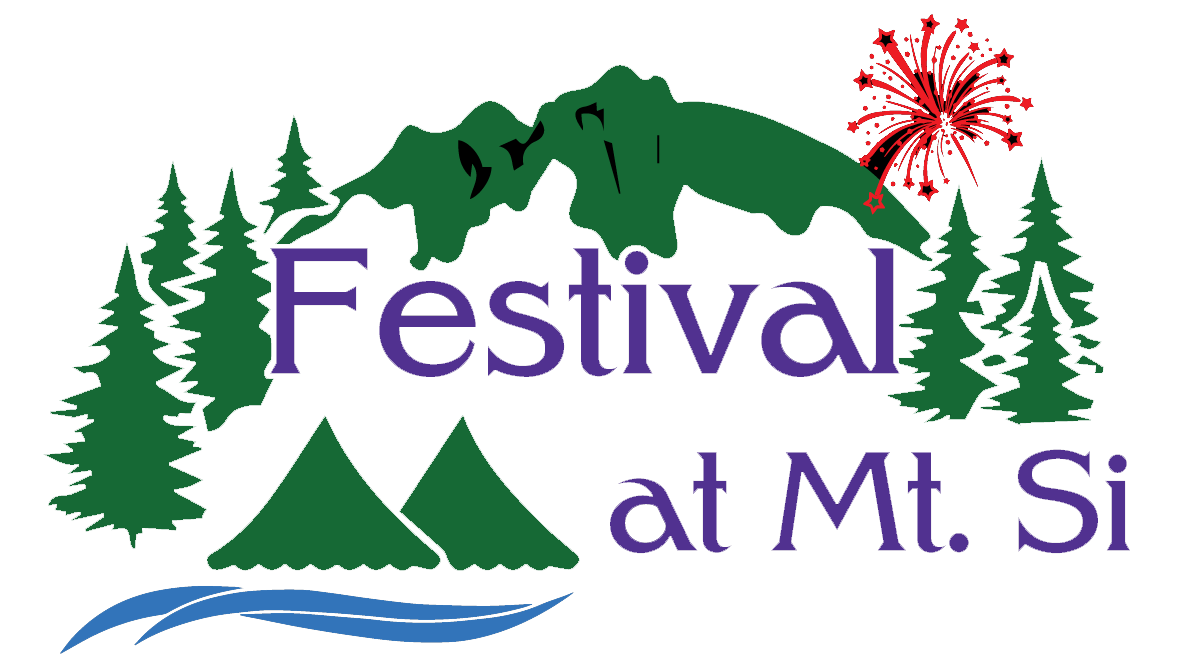 Relax in the beer and wine garden while supporting the Festival and the local Snoqualmie Valley Rotary Club. Enjoy jazz, blues, rock, country and more with live performances on two stages. Participate in the annual chili cookoff, the parade, cherry pie eating contest and dessert contest. Kids will also love the Fun Zone. 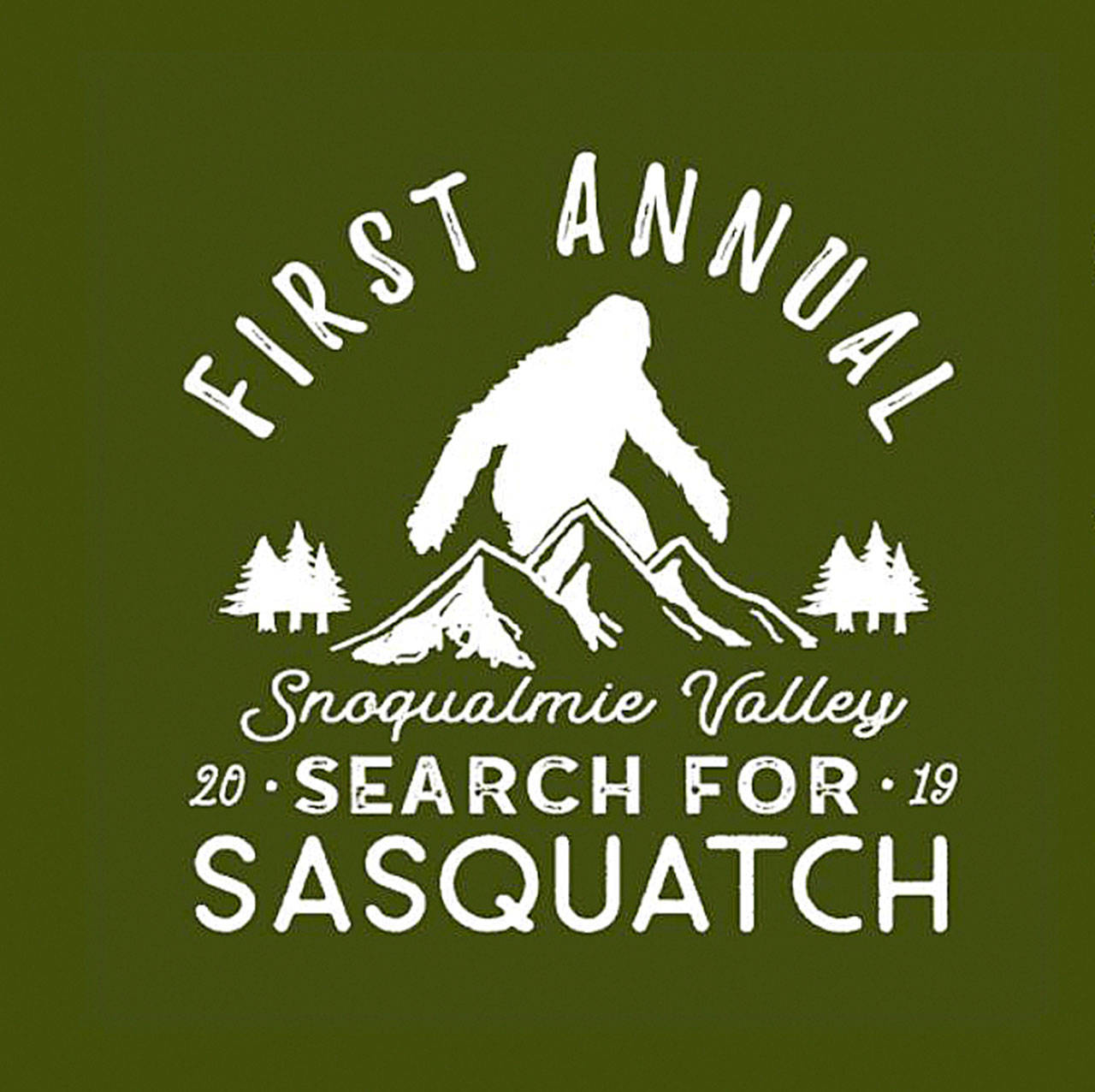 With more than 600 sightings in Washington — the most anywhere in North America — many believe the PNW is the Sasquatch’s home.

The SnoValley Chamber of Commerce is partnering with Compass Outdoor Adventures to offer locals and visitors a chance to come together to find Sasquatch in its inaugural Search for Sasquatch scavenger hunt.

The scavenger hunt will begin at noon on Aug. 10 at Centennial Park and will conclude at an undisclosed location at 4 p.m.

The scavenger hunt will guide participants all throughout the Valley—Snoqualmie, North Bend and Fall City.

Participants will go to sighting spots. They will collect evidence and enjoy Sasquatch pastimes trying to lure it out of hiding for a day of fun and adventure.

The new North Bend City Hall was officially opened to the public at 8:30 a.m. on Tuesday, July 30.

The new building offers a more customer-service oriented environment with adequate parking, better security and safety features, and one-stop services for bill paying, applying for permits, or other City business.

It consolidates City departments and administrative offices in the 14,000 square foot building with offices and many cubicles, plus a 2,000 square foot conference room, and a 35-car parking lot. It also provides access to future paved Tanner Trail and was designed to preserve many existing mature evergreen trees.

The new location is just east of the historic downtown area on the City’s Municipal Campus site between the North Bend Fire Station and Public Works Building. City Hall will open Tuesday, July 30th at 8:30 a.m.